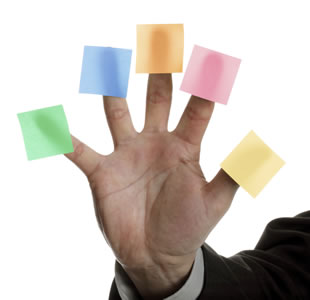 One thing we all want, whether we run a blog or an ecommerce site, is more traffic, and lots of it. So, without further ado, here are 5 ways to get more traffic to your website.

What is your website performance like? Not sure, right? I didn’t think so. In fact most website owners don’t know much about the user experience of their website, and, contrary to popular belief, SEO consulting isn’t just about search engine rankings. For a start, you won’t rank well with a slow site. So as a search optimization company, one thing I always look at on my clients’ sites is user experience and how each page individually performs. END_OF_DOCUMENT_TOKEN_TO_BE_REPLACED 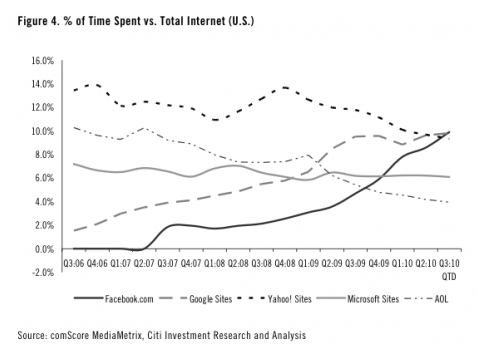 An SEM campaign isn’t something any Tom, Dick or Harry can undertake – like any marketing endeavour it takes experience and some natural flair for creativity. There are many angles to SEM these days you need to hire an SEM company with a comprehensive understanding of all disciplines, not just how to bid on keywords and set up a PPC campaign. SEM requires an expert to get inside the mind of the consumer and try innovative methods of attracting consumers through creative copy and alternative channels.  END_OF_DOCUMENT_TOKEN_TO_BE_REPLACED

When choosing an online marketing service there are a number of user behaviours you need to consider. Traffic and user volume are clearly the key two considerations, but one sorely overlooked aspect of advertising is the amount of time a user spends on a particular platform.

It is natural to gravitate towards advertising on the most popular mediums, Google remaining the most obvious choice. But surely the best places to advertise are the places in which users spend the most time. Think about it like this, the longer or more regularly a user visits a platform the more time they will have to view an advertisement and consider following the link. END_OF_DOCUMENT_TOKEN_TO_BE_REPLACED

$8.5m sounds like a big payday for someone, but don’t get too exited for the plaintiffs, the seven involved in bringing this action will receive no more than $2,500 each. 30% of the cash will go to lawyers and the rest will be put in a fund for organisations involved with internet education and privacy issues.

Google made a huge booboo when they launched Google Buzz back in February by automatically including users’ frequent Gmail contacts on public Buzz profiles. As the world’s biggest search provider you really have to get ‘privacy’ right, but then aren’t lawsuits tax deductable? This could be a small blessing for the Google accountant.

Who gets to keep the interest on the fund is my question, perhaps they can slice it up between the rest of the Gmail account users who may have divorced, lost business or been caught lying in the debacle of the Google Buzz launch. Or better still, allocate the money to search engine marketing company initiatives to help us protect against Google privacy slips….wishful thinking. END_OF_DOCUMENT_TOKEN_TO_BE_REPLACED

I have been following the Yahoo-Bing transition since its inception giving those who own an SEO services company and individual marketers the heads up on developments as they happen. Last week saw the completion of Yahoo’s organic transition becoming fully powered by Microsoft Bing. This week Yahoo has given search marketing advertisers the green light to start the transition process from Yahoo Search ads to Microsoft Bing search ads. This announcement marks the first step of the paid search transition.

It is anticipated that Yahoo paid search in the US and Canada will be fully powered by Microsoft adCenter come the end of October. In the interim Yahoo are advising advertisers to prepare. “ We encourage you to transition your account before the ad serving transition begins, so that you are ready to reach more than 159 million searchers in the U.S. and 15 million searchers in Canada* on Yahoo! Search, Bing and our partners”.

For those concerned about making the account transition more information is available at both the Yahoo Advertising Blog and the Microsoft Blog. Basically you need to prepare your account, transfer your account and then continue managing your account as usual. For an SEO services company like mine this will create some extra work on behalf of my clients, but let’s hope it isn’t too painful.

The idea of an email marketing campaign is to grab the reader’s attention through a compelling headline and keep pounding them with relevant information and tantalizing offers until they cave in and buy into your product or service. In a nutshell you need to make your emails unavoidable and irresistible.

Emails always drop in order of delivery, so if you send enough marketing emails to a person you can guarantee a top spot or two in your target’s inbox at one stage or another during the campaign, yet what if there was a force working against you that not only made sure you never made the top spot, but made sure all your targeted emails were way down on the list?

Enter Google Priority Inbox. This intelligent little monster uses algorithmic techniques to automatically capture and organize “important” emails and de-emphasize other email. It is not a spam filter, but an automated organization tool that could very well upset your web site promotion internet marketing strategy. Google had this to say about its new baby:

Gmail’s servers look at several types of information to identify the email that’s important to you, including who you email and chat with most, how often you email with these people, and which keywords appear frequently in the emails you read.

If Priority Inbox makes a mistake, you can use the

buttons to correctly mark a conversation as important or not important, and Priority Inbox will quickly learn what you care about most.

So, you can see just how targeted web site promotion internet marketing emails will get pushed to the bottom of the pile as the priority system relegates promotional emails. Rather than simply reading emails in order as most people tend to do, the unimportant stuff will get pushed into the “everything else” category and may never get read.

See for yourself here: http://www.youtube.com/watch?v=5nt3gE9dGHQ&feature=player_embedded#!

Last week I wrote about the full launch of Google’s Social Search facility and the positives and negatives of ‘results from your social circle’. Not long after publishing that post I was contacted directly by a few of you voicing concerns about just how far Google intends on going in terms of violating a persons right to online privacy. This got me thinking, and it is only really when you take time out to think about Google that you realise they know a hell of a lot about us. Perhaps our online privacy has been completely lost, but in all honesty it’s a little too late for us to bolt the stable door.

On one hand we love the Internet for its freedom, and whether the latest leaked document on U.S. operations by Wikileaks or the exposure of a celebrity involved in a nude act, the fact is END_OF_DOCUMENT_TOKEN_TO_BE_REPLACED

If you don’t want you private life shared on the internet then you clearly have something to hide, either that or you are doing something illegal that the government should know about. That is, according to Google CEO Eric Schmidt, who when speaking with Maria Bartiromo on CNBC recently, explained:

Google has already run into rocky ground in Europe where such big brother information harbouring and sharing with government authorities is viewed by most a violation of civil rights. In the US, Google hides behind the patriot act and its duty to supply the government with information on any person who poses a potential threat to society. The definition of “potential” remains loosely defined. The fact that most of us simply don’t want internet marketing services getting hold of our details and plaguing us with emails, mail-shots and pop up adverts doesn’t seem to cross Mr Schmidt’s mind.

Speaking yesterday at the “Techonomy” conference in Lake Tahoe, California, Schmidt went one step further with his controversial remarks and explained just how easy gathering intelligence on people is:

“If I look at enough of your messaging and your location, and use Artificial Intelligence,” Schmidt said, “we can predict where you are going to go. Show us 14 photos of yourself and we can identify who you are. You think you don’t have 14 photos of yourself on the internet? You’ve got Facebook photos! People will find it’s very useful to have devices that remember what you want to do, because you forgot…But society isn’t ready for questions that will be raised as result of user-generated content”.

“The only way to manage this is true transparency and no anonymity. In a world of asynchronous threats, it is too dangerous for there not to be some way to identify you. We need a verified name service for people. Governments will demand it.”

Internet marketing services will be rubbing their hands together after hearing the search engine master speak his prophecy of ‘no anonymity’. Consumer transparency enables better targeted advertising.

Evidently Schmidt is losing a grip on reality. In his world everyone might view the internet as ‘real life’ and the saviour of humanity, but for many it serves as big brother’s obeying little brother and is nothing more than a controlling force in a world monopolised by power hungry organisations. Some people like their privacy; they have nothing to hide yet nothing significant to share. Privacy is an individual choice and individuality is what makes the world special. Perhaps retirement is looming for a man who has spent the majority of his life in a digital bubble.