The recent Google Panda updates supposedly had a stab at penalising ad-heavy pages, but an announcement from Matt Cutts has indicated that there is more to come in terms of stopping sites plastering pages with ads. Google’s Matt Cutts warns, “If you have ads obscuring your content, you might want to think about it,” asking publishers to consider, “Do they see content or something else that’s distracting or annoying?”

This latest dictation from the Ivory Castle has got the web community railed again as people accuse Google of being more than a little deceitful in their endeavours of late. Looking at the evidence it would seem that Google are only seeking to publish smaller sites using ad-heavy pages. This is fairly obvious after all the major sites hit by Panda were readjusted one by one. Not to mention that sites such as Yahoo!, MSNBC, WSJ, Forbes, The Washington Post, The New York Times, Mashable, The Huffington Post, and Techcrunch to name just as few, are all ad-heavy, and it’s hard to see Google penalising any of these sites.

Another contradictory aspect to Google’s latest plan is that they currently allow 3 blocks of Adsense (the Google ad network) on any page. So is the search giant going to punish its own ad users? I doubt it, and many have speculated that sites displaying Adsense on their homepage did pretty well out of the latest Panda update. Coincidence?

The principle of more useful content and less advertising would be welcome by all, I am sure. But let’s face it, the majority of websites require some monitisation to stay afloat, particular the big operations like newspapers and major industry expert sites. So let’s get real, advertising is a part of the web that is here to stay. So rather than having Google dictate, “We are going to penalise sites that we think are overusing advertising”, how about the web community collectively work on some standards regarding the use of advertising banners and links, and then submit recommendations to Google. The entire dictatorial approach by the monopoly that is Google is getting a bit tiring. The ambiguity behind rules, changes and random statements is frustrating for the web community, not to mention excludes the very people that should be consulted regarding these things. Did someone say union?

SEO Copywriting Makes up 50% of Your SEO Marketing Campaign

Better To Rent Than Buy SEO

Want Higher Page Rankings? 8 Factors That Will Help You on Your Way to Becoming a Search Engine Optimization Specialist

10 Questions You Need To Ask Before Hiring a Search Engine Marketing Consul... 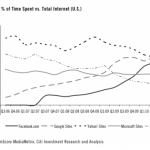