In 2009 Google made between 350-500 changes in its search algorithms. That is a hell of a lot of changes to keep up with and has certainly kept search engine optimization experts on their toes. These constant tweaks by Google are the reason implementing SEO on your own is a near impossible task; SEO strategy becomes a full time job. With all these changes flying around you can’t afford to get lazy and become fixated on specific page rankings, because as quick as you achieved them they can just as quickly disappear.

Google Mayday Shakes up the Long-Tail

The most significant change to Google for sometime has affectionately been named ‘Mayday’ by search engine optimization experts. This change will have gone unnoticed by many website owners but will be the reason for some drastic changes in organic search traffic. Mayday is an algorithmic change in Google which encourages the display of higher quality sites for long tail queries. This is a permanent change and not something Google are going back on. Google’s Matt Cutts explained at a recent conference that Mayday is a rankings change not an indexing change like the more recent Google Caffeine implementation.

Mayday impacts ‘long tail traffic’ which generally comes from longer search queries. When aggregated, this traffic can provide a large percentage of a small website’s traffic. Many smaller organisations rely on long-tail traffic because securing rankings for shorter more frequently searched keywords is near on impossible due to competition from larger businesses.

In a recent video broadcast Matt Cutts said of Mayday, “it’s an algorithmic change that changes how we assess which sites are the best match for long tail queries.” He suggested site owners and search engine optimization experts who had lost rankings assess the pages in question and ask themselves whether the content was as relevant as it could be to the long-tail keywords in question, and furthermore what could be done to increase the quality and relevance of information.

To Increase Web Optimization Become an Authority in Your Field

At first glance, it looks as if Google is doing the big boys a favour, letting them into some more of the long-tail traffic and persecuting the smaller online businesses. But in reality this isn’t the case. It appears that the relevance algorithm is being tweaked downwards slightly in favour of a tweak up in quality. What this means is that content and innovation is becoming more important. No longer is it sufficient to just scatter some relevant keywords into your content – long-tail or not – you need to produce high quality content with highly relevant internal linking and some kind of innovation, be it user reviews, video content, more pictures (ALT tags); whatever you can think of to create an edge over your competition. Look at how can make your website an authority on a subject rather than a standard information supplier. With Google Mayday and Google Caffeine considerably affecting web optimization, you will need to restructure your SEO strategy accordingly and keep your ear to the ground for future changes. 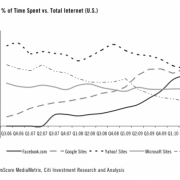 Google: They Power Your Website Search Engine Optimisation and Will Soon Be Driving Your Car! 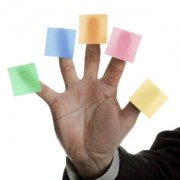 WE’D LOVE TO HERE FROM YOU