It isn’t enough that Google thinks it knows what users are searching for, but in a new testing initiative, the search giant has gone a step further by testing limited results. Results are being hidden when Google is confident of what the user is searching for. There have already been complaints on WebMasterWorld where searchers claim a search for “BBC Football” only returned a single web result. Should this experiment become a reality, the ramifications for online business are huge.

The official line on this from Google’s Matt Cutts is, “Sometimes less is more with search results”. Another statement from a Kapoor in the Google display team reads, “In an effort to provide the most useful results for searchers we are constantly testing new features. Putting users first has served us well so we continue to do that”.

Are we facing a future where Google becomes an END_OF_DOCUMENT_TOKEN_TO_BE_REPLACED

Google has confirmed that a little over a week ago they carried out a data refresh of the Google Panda algorithm, and added that there were no additional changes. This refresh is an update of sorts but more of a reshuffle. I have come to call these “appeasing tweaks”, meaning the list of moaners who actually carry some weight in the web world is in, and Google then adjusts things so those big players get their rankings and traffic back.

There are some grumblings across the web from webmasters who have been hit again, and on assessment it seems affiliate marketers have yet again taken a bashing, seeing their review sites hopped over by blogs and random sites with seemingly less quality content. Largely, what we are seeing is END_OF_DOCUMENT_TOKEN_TO_BE_REPLACED 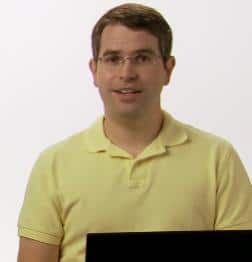 The recent Google Panda updates supposedly had a stab at penalising ad-heavy pages, but an announcement from Matt Cutts has indicated that there is more to come in terms of stopping sites plastering pages with ads. Google’s Matt Cutts warns, “If you have ads obscuring your content, you might want to think about it,” asking publishers to consider, “Do they see content or something else that’s distracting or annoying?”

This latest dictation from the Ivory Castle has got the web community railed again as people accuse Google of being more than a little deceitful in their endeavours of late. Looking at the evidence it would seem that Google are only seeking to publish smaller sites using ad-heavy pages. This is fairly obvious after all the major sites hit by Panda were readjusted one by one. Not to mention that sites such as Yahoo!, MSNBC, WSJ, Forbes, The Washington Post, The New York Times, Mashable, The Huffington Post, and Techcrunch to name just as few, are all ad-heavy, and it’s hard to see Google penalising any of these sites. END_OF_DOCUMENT_TOKEN_TO_BE_REPLACED

You couldn’t make this up, and why would you want to; MC Hammer taking on Google, whatever next! The “Cant Touch This” rapper announced WireDoo at the Web 2.0 Summit in San Francisco. He explained that the “Deep Search Engine” would go beyond Google’s ability to deliver “deep” results based on the relationship between keywords and searches.

Hammer explained that a search for a car is about more than just a car, but also about the model, the mileage, the specifications and the location of the dealer. Similarly, a search for a home is related to the surrounding community, shops, schools, crime, etc. “It’s about relationships beyond just the keywords,” Hammer said on stage.

With the tagline, “Search once and see what’s related, “ Hammer didn’t elaborate too much further on WireDoo, only saying that it could search vertically on multiple levels. WireDoo is still in Beta but you can sign up here WireDoo. END_OF_DOCUMENT_TOKEN_TO_BE_REPLACED

No doubt by now you will have heard about the nerd fight going on between Google and Bing. Popcorn has been thrown back and forward all week as each side responds in a war of words that represents something like, “My dad can beat up your dad”.

Google accused Bing of copying search results after suspecting unethical practice and setting up fake search results to see if they were copied. It seems they were and the sting operation was successful.

Matt Cutts and crew went around pointing algorithms at the Microsoft engineers laughing like schoolboys who’d just
seen a friend kissing a girl, only to be shocked when Bing claimed that the results showed little more than a lesson in how to commit “click fraud”. Yusuf Mehdi, Microsoft’s Senior VP of Online Services, determined to have the last word, spat back at Google like a viper:

“We do not copy results from any of our competitors. Period. Full stop. We have some of the best minds in the world at work on search quality and relevance, and for a competitor to accuse any one of these people of such activity is just insulting. Google engaged in a “honeypot” attack to trick Bing. In simple terms, Google’s “experiment” was rigged to manipulate Bing search results through a type of attack also known as “click fraud.” That’s right, the same type of attack employed by spammers on the web to trick consumers and produce bogus search results. What does all this cloak and dagger click fraud prove? Nothing anyone in the industry doesn’t already know. As we have said before and again in this post, we use click stream optionally provided by consumers in an anonymous fashion as one of 1,000 signals to try and determine whether a site might make sense to be in our index.”

As the school kids fight it out, one thing is clear, Bing have come off well out of this. Why? Because many people who know nothing much of search outside of Google now know Google has a major competitor. Mark my words, Bing searches will escalate in the wake of this argument. The other side of the coin is that Google have made it obvious that they fear Bing. I mean if they didn’t then why would they invest time in trying to smear Bing’s reputation, or are they simply exposing unethical practice?

In truth this proves nothing, because Bing readily admit their users’ activity in Google affects their search results, but then so do a thousand other factors. Bing claim that if you do a search for a term that makes no real sense in English, and Google has created a fake search result for that term, Bing is likely to give you those fake results, too.

I fear that Google have made a huge unfounded accusation based on a manipulated test that is speculative at best, and anyway who cares if Bing copied a few search results, we all know Google is the definitive search platform so why wouldn’t a competitor replicate their practice.

Yesterday I posted about the negative impact the Google Panda changes are having on all sorts of websites, and with each day that passes, more webmasters are realizing they have been affected by the black and white bear of search. I thought it might be useful to offer a few tips on how to fight back for those sites that have been affected. Please bear in mind (no pun intended), that these tips are based on general research and my experience of the changes.

If you have spammed your footer or sidebar with longtail keywords in an attempt to gain extra “Google points” then you may well have felt the force of the panda. Unless these links are linking to relevant and visible pages in your sitemap, then this could be a reason for END_OF_DOCUMENT_TOKEN_TO_BE_REPLACED

The latest in a string of search engine services to hit the block is search tool called ‘Local Trend Search’ created by fwix . Currently in beta version, the tool provide users with a list of things happening ‘right now’ and recently in a specified local area. For example, if you type in ‘Yankee Stadium’ you get a display of results including news, events, photos and updates. The updates include posts from Twitter, Foursquare and Gowalla. The news results are generated form media sites and local blogs, and events from sites such as Eventful and Stubhub. The photos from what I can see are generated mostly from flikr.

There is also a sponsored link section at the top which merges the search engine advertising via the fwix Adwire facility, a product they developed some time ago. This allows small businesses to leverage local user search to their advantage and apply a more reliable, targeted approach to local advertising. At the moment coverage is limited when it comes to small towns, always a thorn in the side of map creation, navigation and search in general, but no doubt something fwix will work on over time.

Of course there are alternative search engine services for local search including Sency which integrates similar features to the fwix application, Bing maps, and of course Google maps. Google could easily rival fwix by adding news, events and general updates to its agenda. But in the mean time fwix is one tool to keep an eye on, not only for its user friendly application but the rates for search engine advertising may turn out to be cheaper than existing options.

With a disappointing second quarter her cards were already numbered, so today’s sacking via a telephone call won’t have come as much of a surprise to the now ex-Yahoo CEO, who will forever be remembered as the woman who ended Yahoo’s love affair with search. And for me this is the real story here.

With all Yahoo search, except display, now powered by Microsoft, what does Yahoo really represent and where are they going from here? This past week saw the launch of their new mail system, but is even that too little too late. Users have left in their droves in recent years as Yahoo mail bug reports continue to overflow, not to mention suffering heavily at the hands of Googlemail and its all encompassing facility. Even the Yahoo Site Explorer tool is set to be cut down this month, adding another self-inflicted wound to a tough few years. END_OF_DOCUMENT_TOKEN_TO_BE_REPLACED

Finally, as threatened many times, Google have come up with a social aspect to search, albeit a rip-off of the Facebook “Like” button. +1, pronounced plus one, will allow you to effectively “like” search results and adverts by activating the +1 feature and clicking on it each time you feel the urge.

END_OF_DOCUMENT_TOKEN_TO_BE_REPLACED

A while ago I told you the Google Farmer change was coming, but just how big an impact it was going to have I couldn’t have told you back then. Well, since this baby has been in operation for a good couple of weeks now, I can tell you a lot more about how it is affecting search and ecommerce in general.

We knew this massive change to Google’s ranking algorithm would improve query results and wean out websites who reuse content and try to beat the system, what we couldn’t of known is that this change would affect 11.8% of Google queries in the United States.

Google makes about 500 changes to its algorithm per year, some miniscule and others with greater importance, but most with the aim of END_OF_DOCUMENT_TOKEN_TO_BE_REPLACED