When choosing an online marketing service there are a number of user behaviours you need to consider. Traffic and user volume are clearly the key two considerations, but one sorely overlooked aspect of advertising is the amount of time a user spends on a particular platform.

It is natural to gravitate towards advertising on the most popular mediums, Google remaining the most obvious choice. But surely the best places to advertise are the places in which users spend the most time. Think about it like this, the longer or more regularly a user visits a platform the more time they will have to view an advertisement and consider following the link.

With this in mind, Citi analyst Mark Mahaney compiled some very interesting data for August 2010, showing that Facebook has passed Google in terms of time spent online. Mahaney observed:

“Looking at % of Total Time Spent by the top 5 sites in August, Facebook, for the first time took the top spot with 41.1B minutes followed by Google with 39.8B minutes. Yahoo! fell to the 3rd spot with 37.7B minutes. Also, Yahoo!’s share of time spent in Q3 QTD slid to an all-time low of 9.3%. On a separate note, Google’s management noted that its number of global users crossed the 1B mark for the first time”.

I said it earlier on in the year and I will repeat myself again but this time with the back-up of the hard evidence set out above. Facebook should be a weapon of consideration for all online advertisers. As we spoke about in yesterday’s post on “creating change”, the importance of being versatile, flexible and willing to evolve is paramount to online success. Hedging all your bets on one online marketing service is complacent and silly. Facebook is still relatively cheap, and with its users spending an increasing amount of time on the portal, why would you choose to ignore such an obvious advertising opportunity. 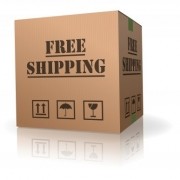 How To Optimise A Landing Page For Google Adwords

The Importance of Flaunting Free Shipping For Internet Marketing - SEO

WE’D LOVE TO HERE FROM YOU